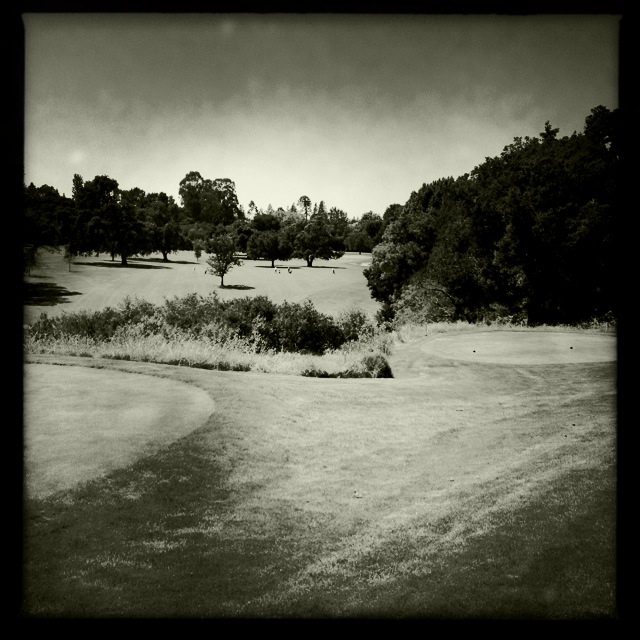 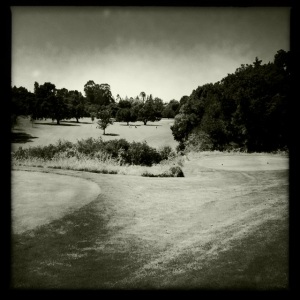 The Majestic 12th at Stanford

This weekend, I had one of the great thrills for an amateur golfer at one of my favorite Bay Area courses – Stanford Golf Course. I love Stanford for a few reasons: the clubhouse, while not spectacular, makes a great quesedilla and also houses a bevy of Tiger Woods memorabilia. My favorite item is the plaque in the hallway commemorating Eldrick “Tiger” Woods being named to the 1995 All American Golf Team. I didn’t see Tiger’s real name on anything else…I also learned yesterday that Stanford’s ladies tee markers are blue in honor of their cross bay rivals, Berkeley.

Most of all, though, I love Stanford because it is a classic layout. Opened in 1930, the course winds through the hills and valleys of Palo Alto. On the back 9 especially, you feel miles and miles away from the bustle of Silicon Valley. It’s so quiet – save for the occasional screech of a soaring hawk…somewhat disruptive to the backswing, but a good omen for birdies to come, I think.

My favorite hole, the 12th, was also the scene of my favorite shot of the day. The 12th is a long par 4, elevated tee – with a unique and maddening (for some) feature. There are two giant trees right in the middle of the fairway. Players need to play their tee shots to either side of the trees. A shot right down broadway risks being completely blocked off from the green. Needless to say – I hit a perfect (at first) tee shot that started down the right side but then drew, drew, towards the middle of the fairway and ended up hopelessly in jail behind the taller of the fairway trees – about 185 yards from the green. I was a little dismayed, but also pretty psyched to try something…courageous.

The holy grail to the amateur golfer (at least this one) is the called shot: announcing your intention to hit a strategically timed hook or slice and then actually pull it off. Bubba Watson can do this in his sleep, but for those who are barely good enough to hit the ball straight consistently, trying to hit a hook or slice usually ends up very badly. When it does work out, though, it is awesome!

So – from behind my tree, I call “high hook, starting right of the tree, drawing back to the green”. I pull the 4 hybrid, step up to the ball, make a couple of adjustments to my setup and then swing away (actually, trying to over swing a bit). The ball did exactly what I envisioned/hoped it would do – launched high and out to the right, then, safely clear of the tree, took a decisive turn to the left, tracking towards the green. I sprinted out to the right too – to watch as my handiwork settled on the back part of the green about 40 feet from the hole (which was on the front portion of the green). Needless to say, I was pretty jacked up and lost all putting touch as a result – sent the putt about 12 feet past the hole and missed the par attempt. But let’s remember that second shot. It was a keeper!